Fuorisalone 2016 has arrived. The most awaited week for architects and designers is about to begin, from the 12th to the 17th of April, Milan will shine to host another edition of the Salone internazionale del Mobile. During Milan Design Week you can’t be everywhere at once nor see every design content, but you can organize and make the most of your free time.

Below Archiobjects offers you a post that contains key information you should know about Fuorisalone 2016, and a list of selected events. Enjoy the reading! And if you want to share a few opinions on a visited location don’t hesitate to write in the comments.

Which are the areas to visit during Fuorisalone 2016?

Milan is big, but not that much. In this map you can see the areas that are worth visiting. From traditional Tortona, Brera and Lambrate, the poles of the 5 VIE Art + Design & San Babila, through the evergreen Triennale Design Museum.

If you are lucky and you can spend an entire day exploring the Fuorisalone 2016, then you can afford not to have programs and walk along the streams. If you have to cut out some time in the afternoon or even at lunch, then you could split your visit in three, visiting the three major poles and their associated annexes.

The Japanese brand Citizen also this year continues exploring of the intense relationship between light and time through a travel into the world of watchmaking. The art installation by Tsuyoshi Tane is a surreal space that allows visitors to perceive the nature of time and focus on the meaning of moments.

Sou Fujimoto, the author of the Serpentine Gallery in London, collaborates with Cos to create a forest made by light cones. An interaction among space, body and visitor’s emotions will make the experience unique for each of them. Illumination will react to people’s presence into the space generating variations in light density, mirrors will create an “infinite effect” and the noise of a natural forest will echo in the whole exposition space.

For the 2016 edition of the Salone del Mobile,  twenty students of Creative Academy – Richemont Group under the guidance of Alberto Nespoli and Domenico Rocca realize a capsule collection inspired by wellness, where creative ability meets artisanal savoir-faire. Showcased in an exceptional location. Only 50 visitors at a time will be allowed.

THE SOFT POETRY OF RANDOMNESS @ cc-tapis (via San Simpliciano, 6).
12th April, from 6 PM

On the occasion of Salone del Mobile, STUDIOPEPE interprets the fascinating balance between materiality and craftsmanship with “The Soft Poetry of Randomness.”

An installation that explores wool, a cosy and generous raw material which is always inspiring due to its versatility and beauty in every step of production. A noble material transformed into an object thanks to craftsmanship. The spaces of cc-tapis showroom will be a theatre to this metamorphosis which will involve sight, touch and smell. Wool becomes the main element in an installation covering the space in a random and poetic manner.

Quadro Celeste, the new collection of rugs and wallhangings by Studiopepe, will be at the centre of this installation.

Piuarch celebrates the Venezuelan artist Carlos Cruz- Diez with an optical art installation realized together with landscape architect Cornelius Gavril using botanic essences. The courtyard is made dynamic and suggestive by color effects.

Hem Studio will serve Ice-Creams inspired by the new Last Stool Splatter as well as debut new additions to the collection with designers such as Max Lamb, Philippe Malouin, Karoline Fesser and Studio deFORM.

Ice Cream Social is a project inspired by the art of sharing and socializing and Hem products celebrate the Italian tradition of meeting to share food with friends and relatives.

Ikea Italia and Gnambox will welcome you in a place dedicated to conviviality and relax, projected to have a pausa during the Design Week frenzy. A domestic space opened to the public, where the passion for food gets together with love for home. Welcome Home is also an occasion to present the new Ikea collection designed by Ingegerd Raman.

The Israeli duo of designers Raw Edges will transform Sanremo Garage in a big laboratory animated by artists as a perpetual performance. A nee step of their work with a search on patterns, lines, forms and colors.

One of the most important architecture firms in Milan opens its door to share City Life project insights and telling people about the “making of a plaza”.

Fragile, during FuoriSalone 2016, hosts a hub with nine different events and eight designers.

The exhibition – organized by ADVANTAGE AUSTRIA and designed by Georg Oehler – will be held in the famous Villa Necchi Campiglio, an architectural gem in central Milan. Here, around 60 companies, designers and students will present their latest work to an international audience of industry professionals.

An occasion to spend the last day of Fuorisalone 2016 in a fairy place. A garden in which will be possible to have a brunch amidst exotic animals, soft colored clouds and color effects with live music by Sucuni Jazz Banda.

After being at Friedman Benda Gallery in New York, fifty chairs designed by Nendo arrives at Milan Design Week. They are all characterized by Japanese manga features.

Failure is key to interpret paths behind every project.

Abitare together with On printed paper offers a moment to discuss about co – design. 9 designers and architects will have 7 minutes each to share their own experience of “do it together”.

Samsung and Zero create an area to take a break from Design Week frenzy. 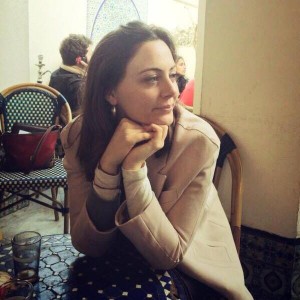 Margherita is an Italian monkey, lifelover and wanderluster.

The pavilion in the fjords of Greenland

How thin can a skyscraper be?

One Works presents WAVES, an installation made of seaweeds on Climate change